This post may contain affiliate links, which means I’ll receive a commission if you purchase through my links, at no extra cost to you. Read my full disclosure for more information.

Earn cash back each time you shop! Sign-up for Rakuten (it's a totally free cashback reward program) via my referral link here to get $30 cashback on your first $30 purchase! Sign up here to start getting cashback when you shop. 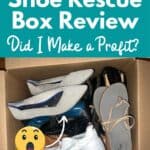 I did it, I tried a ThredUp shoe rescue box! I documented my experience and will let you know my thoughts. I’ll go over whether I think this rescue box was worth it, how much I’ve profited so far and all the pros and cons of these boxes.

What is a ThredUP Rescue Box?

A ThredUP rescue box is a box that contains items that may need a little TLC (or a lot) or that ThredUP has had listed on their website for a while and they haven’t sold. They put these items into mystery boxes and create different themed boxes that resellers or regular people can purchase at a deep discount.

For this review, I’m going to review ThredUP’s Shoe Rescue box. The shoe rescue box comes in either 10 pairs ($60) or 15 pairs ($80) at the time of writing this blog post. The shoes can be any size and pretty much any condition as you will see in this review. I chose to get the 15 pairs as I thought it was a better deal.

They also have mixed clothing rescue boxes, fun boxes (I’ve been wanting to get my hands on one of these), Designer boxes, and many many more.

These mystery rescue boxes do sell out quickly so if you wanted to give them a try after reading about my experience, I suggest you grab one as soon as you see it available.

Who Should Buy a Mystery ThredUp Rescue Box?

I personally purchased this mystery box to get some inventory to resell online. I assume 90% of the time the boxes are purchased by resellers but they do have a few boxes that may be fun for others who just like thrifting or just like the thrill of a mystery box.

I’m a part-time reseller on Poshmark and Mercari and I wanted to start scaling my side hustle but I didn’t want to spend hours at the thrift stores so I figured I would give the ThredUP mystery boxes a try.

I watched a ton of Youtube unboxings of the ThredUP shoe box and decided that the shoe mystery box would be the one I would start with. Now let’s get into my honest review.

The Ordering and Delivery Process

If you’re wondering how to even order a ThredUP Rescue Box I got you. They’ve changed the website layout a few times so if you cannot find it after going through the steps, feel free to leave me a comment on this post.

How to Order a ThredUP Rescue Box

I purchased the shoe rescue box for my first rescue box ever but have since tried the DIY Denim rescue box as well as the DIY Mixed Bulk Clothing Box which I will review in another article once I sort, list, and hopefully make some sales that I can talk about.

I ordered my first ThredUp box on January 3, 2022, and it arrived very quickly on January 9, 2022, despite the expected delivery date being weeks out.

Keep in mind the pricing and boxes may change at any time.

I got free shipping and my state does not charge tax so it was $80 even for me making each pair of shoes just $5.33. Your cost may vary depending on tax and if you’re charged shipping.

Just to give you the full experience and not leave anything out below is a look at the box, how it arrived, and what it looked like when I first opened it. There was a piece of tissue paper on the top that I removed before the photo so I did want to mention that.

I’m not going to lie, I did get a little excited seeing the Rothy’s right on top since I know I can get some good money for those depending on the condition so that was fun. One thing I didn’t like though was that they had the shoes tightly bound together with elastics which bent some of the shoes. I was able to reshape them but I did worry some shoes might get damaged that way.

OK, what did I get? Below is a picture of all 15 pairs of shoes that were in the box.

You cannot tell in the photo but some of the shoes were in really bad condition and had to be recycled/trashed. Others I was able to donate and the rest I was able to list on Poshmark and Mercari to sell.

Below is how I divided them up. Because I was only going to sell 9 out of the 15 pairs that now made my cost of goods around $8.89 each. That is not bad considering I did get a pair of Rothy’s and also some Frye Boots and a pair of Sam Edelman boots.

Is the ThredUP Shoe Rescue Box Worth it?

For me, this first box was worth it. It was a little scary not knowing what I would get and only being able to list 9 out of the 15 pairs but it did work out for me this time (I’ve since ordered another box and will update this post once I start listing those).

I’ll break down the pro and cons of these boxes later on in this post but first, let’s go over what I made so far.

How Much Did I Make on My First ThredUP Shoe Rescue Box?

I’m writing this blog post two months after receiving my first shoe rescue box so this is the profit I’ve made so far and what has sold out of the 9 pairs I listed from this box. I’ll update it as each item sells.

My goal is to at least double my money so I paid $80 for the box I expect to profit at least $80 after the cost of goods. I have four pairs left so I definitely think I will surpass that goal.

Below are just a few of the ones that sold on Poshmark to give you visual proof. I did take offers on two of them and I probably could have gotten more for the Rothy’s but I was in a rush to get my money for the box back as this was my first box and I was scared I made a horrible mistake ordering it.

If you have inventory and you can sit on items longer then you could probably make a higher profit.

The Pros of the ThredUP Rescue Box

The biggest pro of getting one of these boxes is that you don’t have to leave your house and spend hours sourcing items at thrift stores and garage sales. Time is money so if the box works out it’s a great way to source items with little time investment.

Another pro is that the cost of goods per pair of shoes is pretty low as long as you can sell most of them. Even with my cost of goods going up to $8.89, I have already made a profit and still have a few pairs left to sell.

The Cons of the ThredUP Rescue Box

The biggest con is that you never know what you’re going to get! You could get a great box or you could get a dud. I purchased a second box so I’ll be letting you know how that one goes as a comparison.

The next con is that there most likely will be items you can’t sell. These boxes are filled with rejects, items that are missing sizes, or items that just didn’t sell on ThredUP so this is to be expected.

There will also be items that need to be cleaned. Some resellers will list items as is but I did do some minor cleaning on most of the shoes I listed. Cleaning could be as little as just wiping items down with leather wipes (if they are leather), using a suede brush on suede, or a magic eraser on sneakers. I also like to do a light scrub on the bottom of the shoes if needed.

RESELLER TIP: I have a few items that are staples when reselling. You can check out my list of reseller items I use here.

I do take into consideration the time I put into these boxes so that is something you will also want to think about. How long did it take you to clean, take photos, and list the items? Was the profit worth the time and money you put into it?

As I mentioned earlier I will be updating this blog post as more items sell and hopefully I will make a good profit. I also purchased a few other boxes as well as another ThredUP Shoe Box so I will let you know how that one goes.

What are your thoughts? Have you tried a rescue box from ThredUP yet? Would you after seeing how I did?

If you decide to buy one be sure to use my link here you’ll get a $10 credit towards your first purchase of anything else on their site (not good on rescue boxes).

Interested in seeing how I did with their other rescue mystery boxes? I ordered the 50LB DIY Denim Box and the Bulk Mixed Clothing 50LB Box. I’m still going through them but I’ll definitely update this post or create a new one on those boxes to let you know whether I wasted my money or profited and how much!

Feel free to leave comments on your thoughts or any tips for me if you have purchased these boxes. 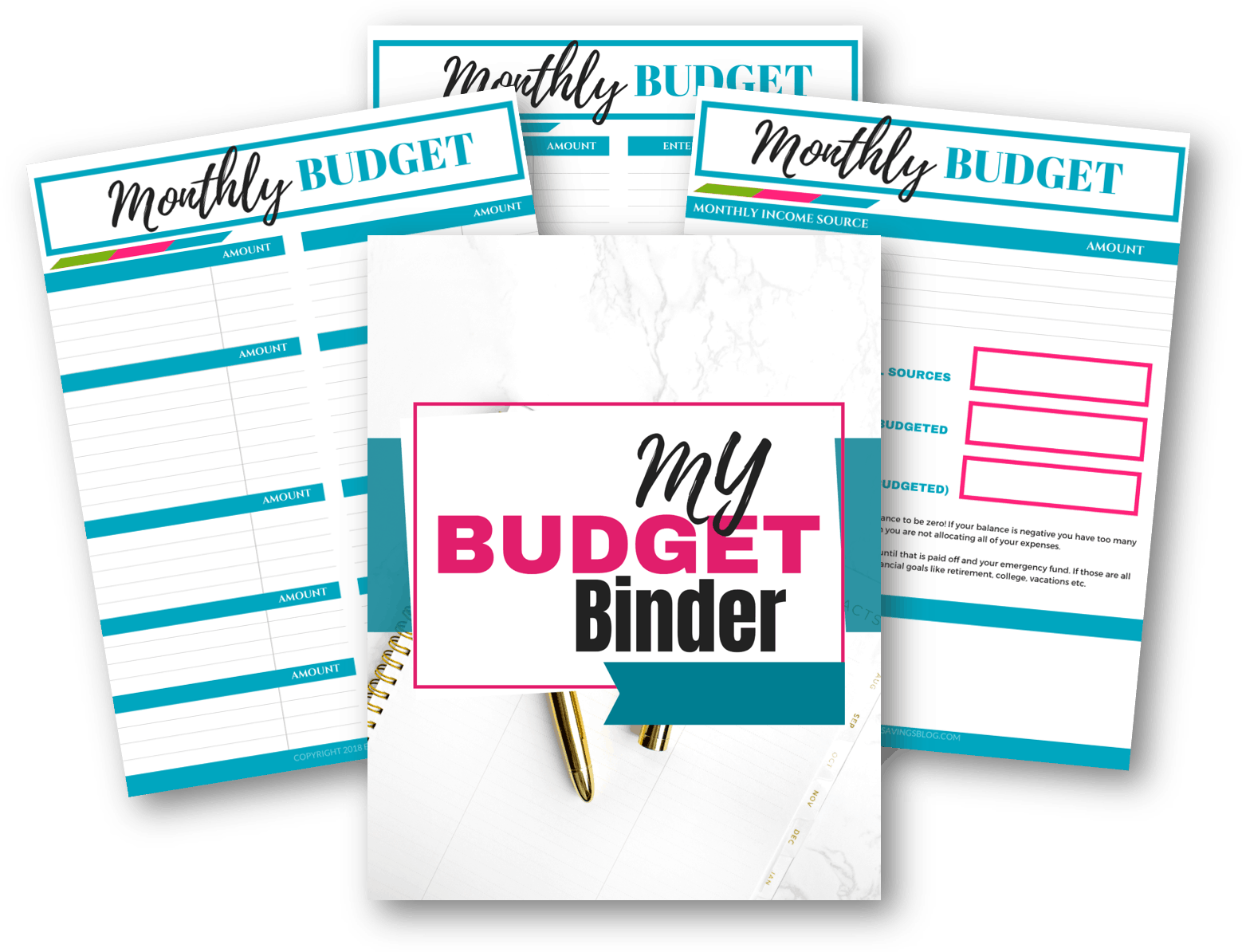 Success! Now check your email to confirm your subscription.

Check out my most recent posts!

Many of my posts contain affiliate links.  If you click on an affiliate link and buy something, I may receive a very small commission. I am also a participant in the Amazon Services LLC Associates Program, an affiliate advertising program designed to provide a means for sites to earn advertising fees by advertising and linking to Amazon .com.

Have You Grabbed Your FREE BUDGET PRINTABLES?GRAB THEM HERE!
+